White Bread, Blue and the Bean

A trio of hapless bounty hunters, White Bread, Blue and the Bean, are recruited by a shady bail bondsman to try to keep an heiress who is also a witness in a drug trial alive to testify. But when the heiress, Annette, is kidnapped by members of a Colombian cartel and brought back to Mexico, the bounty hunter head south to recuse her. With $1 million at stake, rescuing Annette in time to testify is no easy task because everyone wants a piece of the reward.

In the 1989 film Bailout, David Hasselhoff (White Bread) and Linda Blair (Annette) team up with Tony Brubaker (Blue) and Thomas Rosales Jr (Bean) in an 87-minute film with comedic stunts, action and an unusual romantic connections. 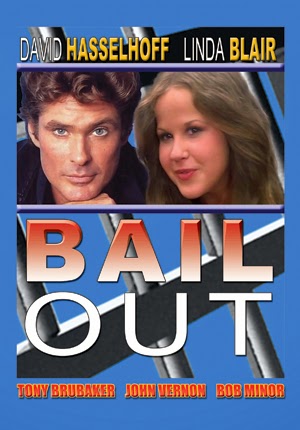 Where Were They Then?

Many entertainment fans enjoy asking “where are they now?” when reminiscing about their favorite celebrities. However, one can get just as much fun from asking “where were they then?” In this case, we can watch well-known actors David Hasselhoff and Linda Blair in an early film. Seeing what they were like, and watching the performances they delivered in this old-time, throwback movie, viewers are certainly going to find the experience fascinating!

Alternately titled “W.B., Blue and the Bean”, you can be sure that this flick is worth one night’s enjoyment at home… especially since you can see it on Viewlorium, the place to watch free movies online: http://viewlorium.com/bail-out/
Posted by Unknown at 08:00