Based on a novel by Richard Rashke, “Escape from Sobibor” is a gripping account of the largest prisoner escape from a Nazi Death Camp during World War II. It is the story of the mass escape from the extermination camp at Sobibor, the most successful uprising by Jewish prisoners of German extermination camps (uprising also took place at Auschwitz and Treblinka). The film was shot in Avala, Yugoslavia (now Serbia). 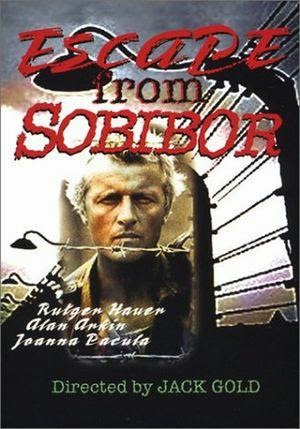 It’s not the best choice if you’re looking to watch a light, feel-good flick. Many audiences today seek to escape, watching fictional stories set in the present or future. An account of past events, “Escape from Sobibor” may be, on first impression, hard to enjoy. But with multiple award nominations and blast-from-the-past performances from veteran actors like Rutger Hauer and Alan Arkin, it’s definitely worth a watch… especially when you can see it for free online.