When Sexy and Sultry Goes Sleazy

Once again, Chemical Burn Entertainment offers us a specialty genre that’s equally entertaining, thrilling, and thought-provoking. It is certainly not a company that could produce something that can match the caliber of an Oscar movie, but the intrigue and controversy that emanate from this movie is certainly worth your time. 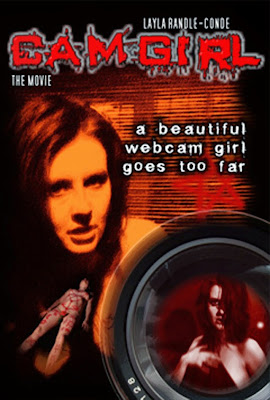 Not Really a Common Scheme

Lots of movies carry a plot that involves a struggling ambitious girl who has no other option but to cling to a knife’s edge to be successful. Cam Girl, however, injects the element of thrill in the movie. Layla Randle-Conde’s portrayal of the lead is superb. Some might go after the movie because so much time involves dressing, undressing, and suggestive squirming on the bed. But the emotional drama will show the core of the story: that to make ends meet, she has to compromise her values and principles. The movie depicts voyeurism, real struggle, and shock. The emotional rollercoaster is not the only element that will keep you watching, but also the suspense as an unseen menace constantly keeps an eye on our lead.

In the pursuit of ambition and success, one can go too far. Layla may have overcome the struggle as she got the hang of it all, but is it all worth it? As her fears became fulfillment of fantasies and as her bent ideals became norms, what else is in compromise? This sexy thriller surely doesn’t fall short of scandal. Cam Girl keeps you guessing and stalking until the end.

In the mood for something more risqué than the usual? Cam Girl may be just the film for you! You can choose to watch it on video, but with a good internet connection and a PC, tablet, or smartphone, you can also watch it on Viewlorium, a site where you can watch free English movies online.
Posted by Unknown at 08:06